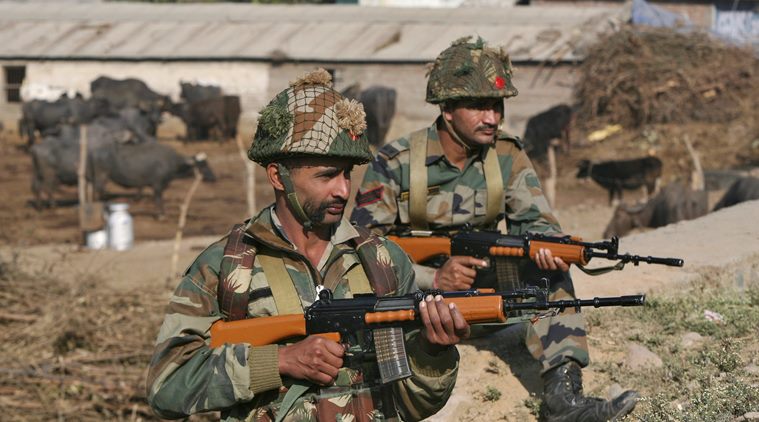 Indian army soldiers stand guard near the Indian Air Force (IAF) base at Pathankot in Punjab, India, January 3, 2016. A gold medal-winning Indian shooter was among 10 people killed in an audacious pre-dawn assault on the air force base, officials said on Sunday as troops worked to clear the compound near India’s border with Pakistan after a 15-hour gunbattle. REUTERS/Mukesh Gupta